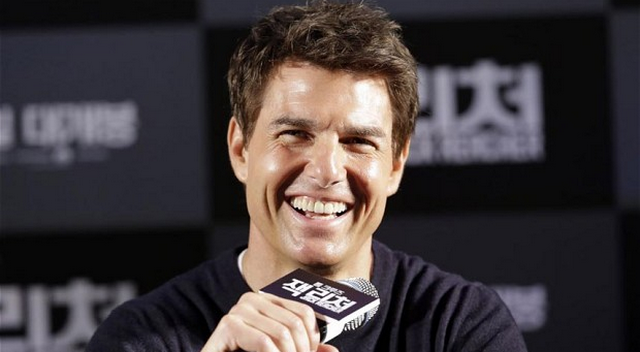 We all know that Tom Cruise is the poster boy for Scientology, but did you know that he and David Miscavige are like twins? According to former Rugby player and former Scientology member Joe Reaiche, Tom and David are like brothers from another mother.

He sat down for an interview with The Daily Mail and talked about their relationship,

“Tom and David are like twins — they’re like two peas in a pod. I think Tom has turned a blind eye to issues with his church.  And they have been very careful not to show him the dark side. I call Tom the Prince of Darkness — he’s got a warped view of Scientology.”

How sweet, right? They clearly have a little bromance going on. Do you think they play shirtless volleyball together on the beach, and sing songs together on the piano? One can only hope.

Tom might want to watch his back, though. Another former Scientology member spoke out about the church last year and said similar things as Joe Reaiche. However, he claims that the Scientology leader is just using Tom Cruise…

“It isn’t the same both ways. Miscavige would throw Tom Cruise under a bus in a minute. But Tom thinks Miscavige is the greatest person in the world. He worships him like a god. Miscavige would pretend that Tom was his best friend, but you could see it was horsesh-t. Tom couldn’t see it.”

Unfortunately, Tom can’t see a lot of things. He’s not a very tall guy. I heard that his feet don’t even hit the ground when he sits on the toilet.

I’m only kidding. Please don’t send your people to murder me.