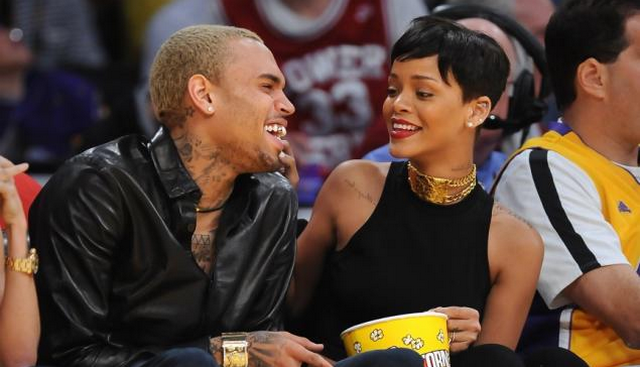 We’ve never really seen Rihanna publicly criticize Chris Brown before, even after he smashed her face in. She’s always been pretty loyal to Brown, but might that be changing?

The 25-year-old performer posted an interesting quote the other day on her Instagram account. The quote read,

“I hate when ex’s say ‘I’m here if you need me.’ Where the f–k were you when we were together and I needed you.”

Of course we can’t say for sure that this was directed toward Chris Brown, but he does seem like the most likely choice here. Her relationship with Chris Brown has been her longest and definitely her most volatile one. They’ve been off and on with each other more times than we can count.

Could it be that she is finally getting tired of his sh-t? Maybe she is finally growing up and getting past all the little games that go on in relationships? Probably not. After all, she was recorded twerking to a Drake song recently, we can’t help but think that f–ked with Chris Brown’s mind a little.

We’ll see what happens next. Maybe they’ll all just put their differences aside and start some weird three way with each other. Chris Brown gets her one week and then Drake the next. Of course, they’ll have to work out who gets her on the holidays, but I think they might be able figure something out.