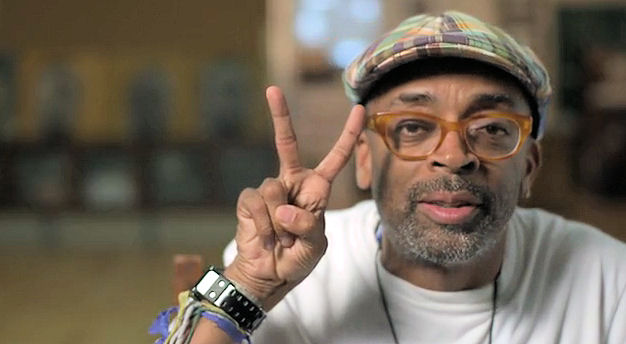 With the recent success of Zach Braff, who used Kickstarter to raise money for his movie “Wish I was Here”  more and more directors are turning to the Crowd sourcing website for funding.

Spike Lee is looking to raise $1.25 million dollars to produce and direct what appears to be a vampire flick.  He describes it as a film “about people’s addiction to blood”.  He also assures us that it won’t be like blacula.

In case you, like me, are wondering how come Spike Lee doesn’t use his own money?  He is worth $40 Million so the $1.25 Million he needs would just be an investment in himself, right?

Spike lets us know that film making is a tough business and being an independent film maker makes it even harder.  He explains,

The only way to ensure as an independent filmmaker that your vision is on the screen is when you bring the money to the table.  Filmmaking is what I do, filmmaking is what I love. And, you guys, help me keep it going because this is a mother f***ing tough business.

I respect that and I respect Lee as a film maker.  Donations start from $5 and go up to $10,000 and each level of donation has a reward that goes with it.  The highest level of reward is dinner with Spike and court side at the Knicks game in his wife’s seat.

Lee also promises that every bit of the money raised will be going making the movie.

As I stated in the Video, I promise on my Mother’s Grave and Right Hand to the Almighty – every Red Cent, every Wooden Nickel, every Dollar will go up on the Screen and not into my pocket.  I’m not taking a Fee, your generous contributions will get this Film made.

I had to.  Spike is the man.  He is a living legend and more importantly he is not Tyler Perry.  Not to bring up an age old debate but Spike’s body of work might not earn as much at the box office as Perry’s but every film is full bodied.  No buffoonery, no simple spoon fed plots and one dimensional characters.

Perry is a business.  He offers up the black crowd fast food and people watch it and get dumb, fat and feel temporarily satisfied.  Spike offers up a well-balanced meal that leaves you not only thinking about the world but many times thinking about yourself, you contribution to society and your place in he world.  Real food for thought.   I can’t say that I ever got that from a Tyler Perry film.