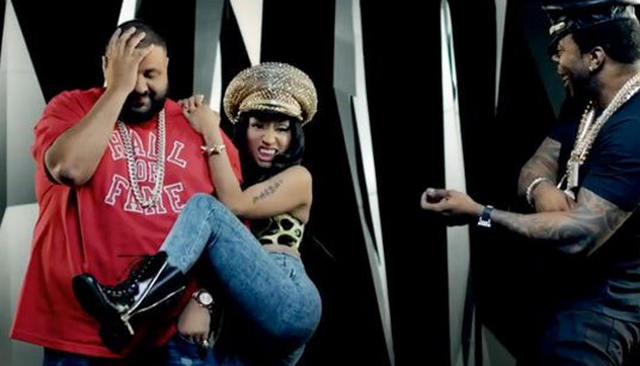 Nicki spoke about the hoax during a radio interview on Hot 97,

It was just another way for him to kinda give the world a glimpse on the feeling of this record. Nobody in my real life took it seriously. Everybody just hit me like, ‘LOL. Yo, Khaled is crazy.’”

There you have it, we now know for sure that the marriage proposal was simply a promotion for his new album. But, is there any attraction between the two? Does Khaled secretly have a thing for Nicki?

“Khaled is my brother and Khaled was not serious with that damn proposal, y’all. Please let it go. He was kidding. He’s not attracted to me, he doesn’t like me. We’re bother and sister.”

Right, right. I’m sure Nicki Minaj feels like they are brother and sister, but you know Khaled would not turn down an opportunity to jump on that. It appears like he is stuck in the friend zone, or even worse the “family zone” it doesn’t get much worse than that. At least in the friend zone you have a little hope, but once a girl calls you her “brother” your shot with her is over.