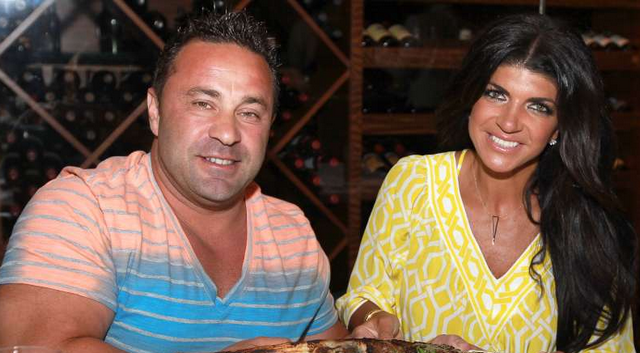 Teresa Giudice and her husband Joe Giudice may be free on bond right now, but they have a long and scary road ahead of them. The couple was just recently released on $500,000 bond and now they must prepare to fight one heck of a battle in court.

Teresa and Joe were indicted on bank and bankruptcy fraud charges. It’s reported that Joe was also slapped with failing to file his tax returns from 2004-2008. It is believed that he earned around $1 million during that time.

The Jersey couple did not enter pleas during their courtroom appearance yesterday, but their attorneys claim both of them will plead not guilty. The arraignment is scheduled for August 14, which is about two weeks away.

Both Joe and Teresa face severe penalties for their actions and U.S. Attorney Paul Fishman claims they have more than enough evidence to convict them,

“The investigation went on for a pretty long time and we are confident we have enough evidence to convict the defendants beyond a reasonable doubt.”

Of course, an attorney for the couple claims that the government is prosecuting them just because they are celebrities. Whatever the case, Joe and Teresa face several years in prison and millions of dollars in fines. It’s likely federal sentencing guidelines will reduce the penalties, but they are still in some hot water.