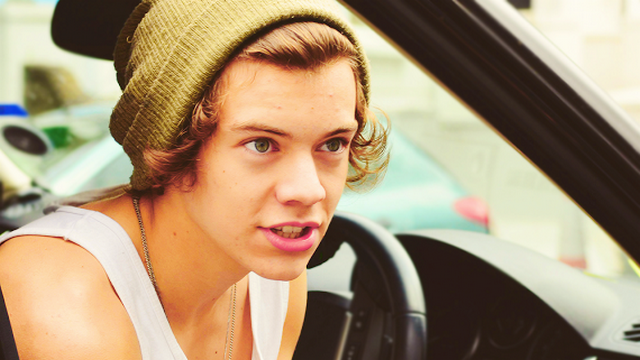 How Many Chicks Has Harry Styles Banged?

Harry Styles is one of the five members of the sickeningly popular boy band, ‘One Direction.’ Girls from all over the world would love to just have one night in bed with him.

One might think that the 19-year-old has taken advantage of hundreds of girls across the globe, but you would be wrong. Surprisingly, Harry Styles revealed that he has only had sex with two girls during an interview with GQ U.K.

“Yes, two people. I’ve only ever had sex with two people. That’s my answer. Read from it what you will!”

Well, one might read that he’s a big fat liar! However, we’re going to be nice and just believe that he really keeps little Harry in his cage most of the time. Of course, now that he has admitted to doing the nasty with two women, fans of his are desperately trying to figure out who those two women were.

Why are they trying to figure it out? Probably so they can go and kill those two women. I’d probably go in hiding if I were them.

During the revealing interview, Harry also addressed the “bisexual” rumors that have been following him around lately,

Are you pretty sure? Cause you really don’t sound all that sure. It kind of sounds like he isn’t sure if he wants to be tied down to one direction all his life. Maybe he wants to go a different direction, you know, take some back roads every now and then.