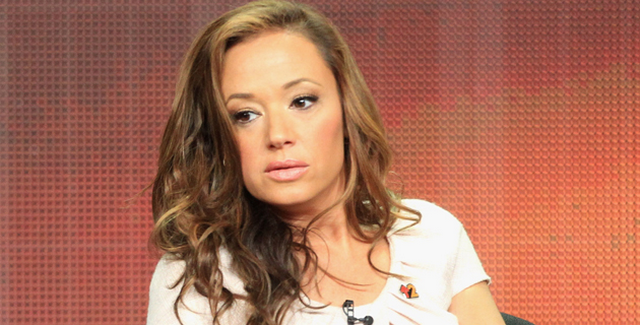 As you all know, Leah Remini did the unthinkable last month when she departed from the Church of Scientology. Leah’s split from the church was a pretty public one with both sides making some pretty bold claims.

The 43-year-old claims she left the church after years of intense questioning from the church. She claims that she was being punished for questioning the leader of the church, specifically about why his wife never seemed to be around.

This is what she told People magazine about the split last weekend,

Well, now the actress feels like the church is planning an “attack” on her. She fears retaliation and is worried that the church will release confidential files and secret tape recordings connected with the church.

A former Scientology executive told The Hollywood Reporter that it is likely the church has a lot of information on Leah from the thousands of auditing sessions she had to go through. The former executive also claims that anybody who leaves the church has this same fear. She claims they all worry about their “confessional folders” being leaked.

However, it appears like Leah Remini is already one step ahead of the church. She told Us Weekly that she going to write a tell-all book about her experience at the church, “It will include my experiences, everything that’s taboo to talk about.” she told the magazine.

At least she has already found a way to make money from this.