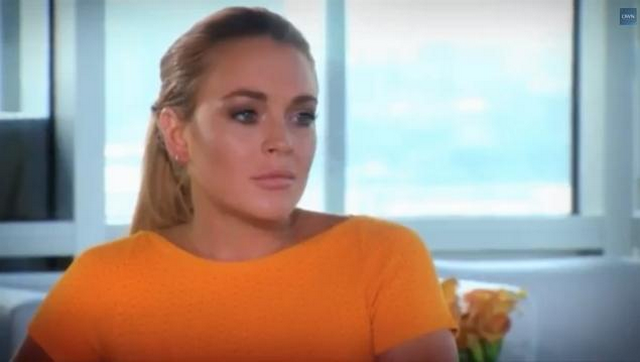 Oprah continues to prove that she is the most powerful person in the world. The 59-year-old entertainer has reportedly convinced Lindsay Lohan to cancel her 3-week vacation to Europe.

TMZ was first to report that Lindsay had booked a one-way ticket to Europe while she was still in rehab. She was planning to go on a long vacation to reward herself for sticking it out in rehab. Her flight was scheduled to leave last night, but Lindsay Lohan never got on the plane.

Why? Because Oprah told her butt not to, that’s why! Oprah reportedly told the troubled actress that it would be in her best interest if she skipped the vacation. She felt that there would be too many temptations and that Lindsay would most certainly have a relapse.

And Oprah was apparently really serious about getting her to say. TMZ claims that Oprah called Lindsay multiple times over the past few days, trying her best to convince Lohan to stay in the states. In the end, Lindsay listened to Oprah and decided to stay in New York with her friends and family.

I think Lindsay owes Oprah a big thank you, because she probably just saved her from relapsing. Going on a three week trip to Europe right after getting out of rehab for three months? That sounded like a horrible idea from the start. Besides, wasn’t her 90-day vacation in the beautiful rehab facilities good enough? I’d love to have 90-days to “work” on myself and do yoga out by the beach.