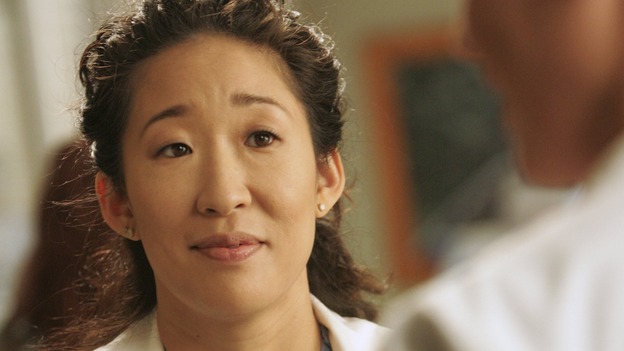 Sandra Oh Shocks the Cast as she Announces that She is Leaving Grey’s Anatomy!

Sandra Oh is OUT!  She announced that she will be ending her role as Christina Yang, one of thee most engaging characters on Grey’s anatomy.  She has been part of the original cast which premiered in 2005; in fact Christina Yang was the second character show creator Shonda Rhimes invented just after Meredith Grey.

Oh made the announcement during the table read for the show’ 200th episode.

Although she signed a 2 year contract in May of 2012, she will be done after the completion of Season 10.  Sandra told Hollywood Reporter that she felt it was her time to go,

Creatively, I really feel like I gave it my all, and I feel ready to let her go,”

It’s such an interesting thing to play a character for so long and to actually get the sense that she wants to be let go as well. [Cristina] wants to be let go, and I am ready to let her go. We have to start the process, story-wise, for the Grey’s writers to think of why she’s going to go

She said at the end of last season she told Shonda that she was ready to go. [more…]

ABC was quick to release a statement stating tat they have no intentions of cancelling Grey’s and didn’t expect any other surprising departures,

It’s our intention to have Grey’s on the air for many years to come, with as many of the original cast as possible

Oh becomes the latest Grey’s star to exit the drama. She joins Dane, Leigh and Kim Raver (Teddy), who was written out in the season-eight finale; original star T.R. Knight (George) exited in 2009; Isaiah Washington (Burke) was fired in 2007; and Katherine Heigl (Izzie) left in 2010 to pursue other opportunities.

I guess the days of surprise exits through plot twists are over.  For now, we still have Christina Yang for 24 more episodes.  We might as well enjoy it while we can.