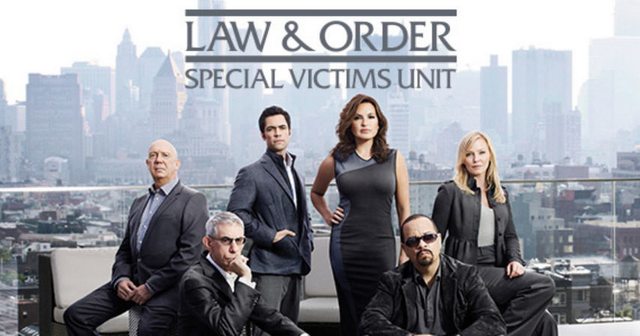 Even though ‘Law & Order: SVU’ has a team of writers that create fiction based stories, we all know they get inspiration from real criminal cases. So, it should come as no surprise to learn that SVU is currently filming a “Travyon Martin” like episode.

Recent reports claim that Cybill Shepard is playing the vigilante role and will be charged with the murder of a black teenager named Mehcad. Jeffery Tambor from Arrested Development will reportedly be playing her lawyer in the sure to be controversial episode.

Witnesses spotted the filming taking place yesterday and claim to have seen extras holding protest signs similar to the ones seen during the Zimmerman trial. The name of the episode is reportedly titled, “American Tragedy.”

NBC was asked if this episode was based on the Martin case, but they only would respond with, “SVU is fiction.” So, take that however you want, but we all know that they get inspiration from real life crime stories.

It’ll be interesting to see how the episode plays out. Maybe we will see a different ending than the one we saw in real life? I will definitely be tuning in and watching this episode, or I will at least record it and watch it later.