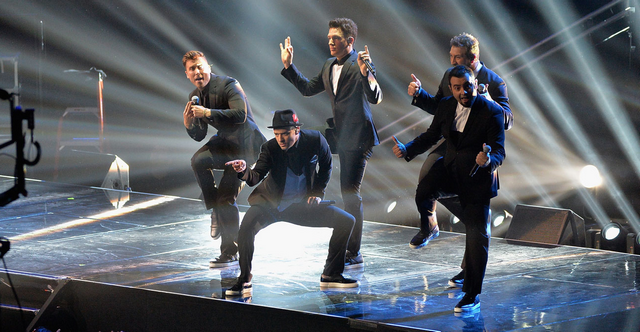 The majority of people who watched the VMAs last night were probably watching for one reason and one reason only.

To see *NSYNC perform together for the first time in 10 years.

As you all know, news broke a few days before the VMAs about a possible *NSYNC reunion during Justin Timberlake’s performance on the show.

Everyone knew the insanely popular boy band would be together on stage again, but no one knew exactly what they were going to do. Would they perform a song? Multiple songs? Would they even perform at all?

Well, it turns out that they did in fact perform together on stage, but it only lasted about a minute. Most of that minute was filled with signature dance moves, but they did sing about 25 seconds of, “Bye, Bye, Bye.”

However, that was just about it. It was very short and sweet, but judging by the reaction from everyone in the audience, we’d say the reunion was definitely a hit with the crowd.

You can watch the very brief reunion down below…

What did you think? Was it worth it, or were you left wanting more?