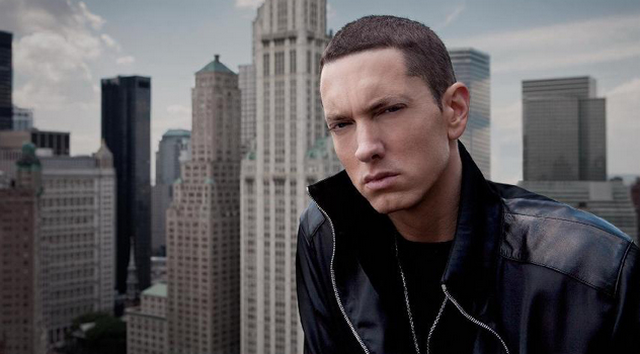 Eminem is back and is getting ready to release his eighth solo album, The Marshall Mathers LP 2. He promises to go back to ‘straight hip-hop” with this album. Getting back to his roots and starting from scratch all over again.

The album won’t hit shelves until November 5, but the first single from the album has already been released.

Berzerk is the name of the single and it definitely has that “old school” vibe to it. Even the little video they made for it takes you back in time. At the start of the video, you catch a glimpse of Slim Shady’s arm reaching down and putting a cassette of the song into an old school boombox.

The new single features samples from the Beastie Boys and Billy Squier’s ‘The Stroke.’

What do you think of it? Love it? Hate it? Personally, I dig it. That might have something to do with me being white, but I can’t be for sure on that. I kind of feel like I have to support Eminem no matter what he puts out, you know?

It’s like if a midget somehow made it into the NBA. All midgets would have to support him because how many midgets have played in the NBA? Zero. So, if some midget made played in the NBA, it would be a really big deal. All midgets around the world would worship him, even if he was a little bit of an asshole.

Is this making sense to anyone else? I sure hope so, but I have my doubts. Anyway, listen to the song and let us know what you think.