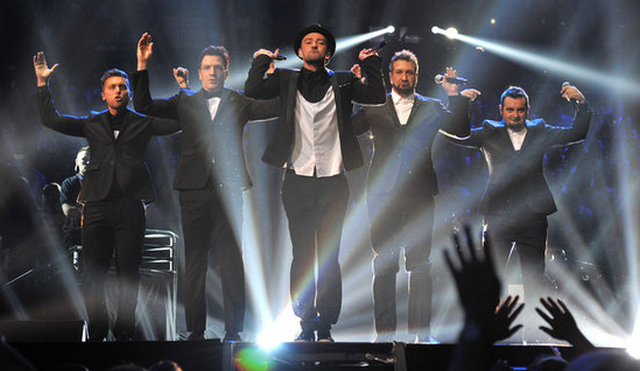 As you all know, or maybe you don’t know because it happened so quickly, but *NSYNC did perform together at the VMAs for a few seconds. It wasn’t long, but the band did reunite briefly to perform 25 seconds of, “Bye, Bye, Bye.”

Some fans were upset at how brief the performance was, and apparently the fans aren’t the only ones upset. Reports are coming in that claim Timberlake’s former bandmates are upset about the performance.

Us Weekly reports that they were upset at Justin because he kept cutting more and more *NSYNC songs out of his 15-minute performance. Joey, Lance, JC and Chris kept “pushing for more” but Timberlake wasn’t having it. This allegedly angered the band members because Justin is the one who asked them to do this in the first place,

“While (Timberlake) was thrilled they could come for him, he didn’t want the reunion to be the whole thing. They originally were told that it was going to be more of their old hits, not just “Bye, Bye, Bye” but then Justin reworked it.”

You see, the boys in the band wouldn’t have been upset if this was something they had asked Timberlake to do. However, it was Timberlake who asked them to do it, so they kind of feel like it was a waste of their time.

One has to wonder if they really had anything better to do. I mean, Joey Fatone is the f–king announcer on, ‘Family Feud.’ The announcer! He’s not even the host, he’s just the guy who introduces the host before the game starts.

They should be lucky that Timberlake even asked them to do this in the first place. How else were they going to get on stage at the VMAs? The clean-up crew, perhaps?