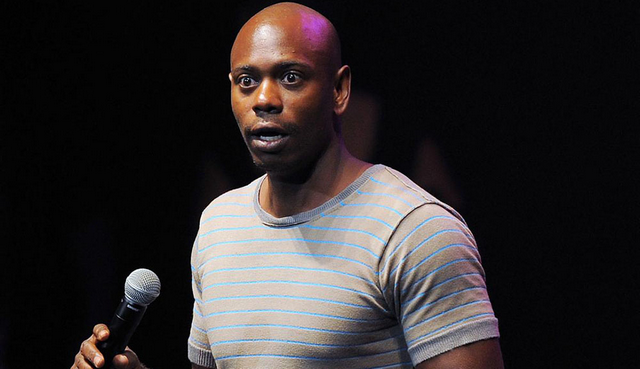 We’re sure you all heard about the incident involving Dave Chappelle in Hartford, Connecticut last week. He was trying to do his set on stage, but eventually had to walk off stage because of all the heckling from people in the crowd.

Fans who were in the crowd that day claim that Chappelle was exaggerating a bit, and let a few bad seeds get in his head. However, Chappelle doesn’t see it that way, at all. In fact, he basically said that he wanted a nuclear bomb to land on Hartford.

“I don’t want anything bad to happen to the United States, but if North Korea ever drops a nuclear bomb on this country, I swear to God I hope it lands in Hartford, Connecticut.”

He then told the Chicago crowd that the Hartford audience was full of, “young, white alcoholics.” And then he explained how he wished he could have pulled a reverse Kramer and called them all a bunch of crackers.

You can listen to the full rant down below. It is hilarious.

I know some sensitive ass white people are probably offended by this. One look at the comments on TMZ and you’ll see a bunch of people complaining that Dave is an “evil racist.”

I think that’s a bit ridiculous. I’m white and I wasn’t offended at all, in fact I am more ashamed at “my people” for acting like they did out in Hartford. This dude is a comedy legend, and he deserves to be shown some respect on stage.

If you don’t want to be called a cracker, don’t act like a cracker! It’s that simple.