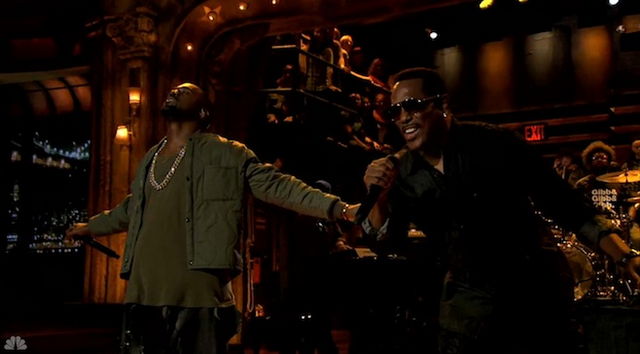 Kanye West made a surprise performance on Late Night with Jimmy Fallon last night and brought the house down.

‘Ye stopped by the show at the last minute to perform ‘Bound 2’ for the first time on live television. He brought R&B legend Charlie Wilson with him as well, which made the performance that much better.

The performance was a memorable one, but it was his diss of Ray J that has people talking. During his performance, Kanye West switched up a line and took a nice little jab at Ray J.

“Brandy’s little sister lame, man, he know it now. When a real brother hold you down you supposed to drown.”

Oh, snap! He called him a girl? That’s some Sandlot sh-t right there! It doesn’t get anymore insulting than that.

You can watch video of the performance down below…

Yeah, that Ray J line is getting all of the attention, but damn Charlie Wilson can sing! He made the performance for me. Such an incredible voice.