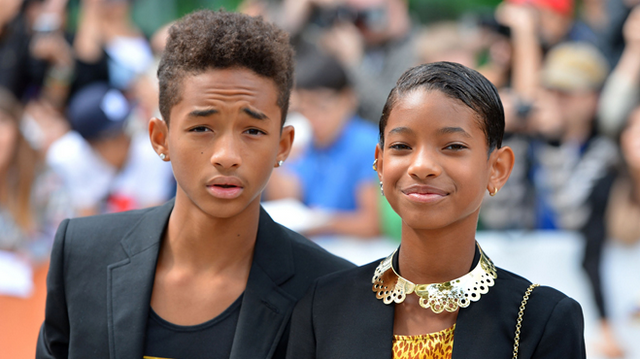 Jaden Smith Wants You All To Drop Out Of School!

Miley Cyrus might be grinding on married men and riding on wrecking balls completely naked, but at least she isn’t encouraging your kid to drop out of school!

Will Smith’s son went on his Twitter account this past weekend and went on a little rant against public schools.

“School Is The Tool To Brainwash The Youth.”

He then followed up that tweet with these two tweets,

“If Newborn Babies Could Speak They’d Be The Most Intelligent Beings On The Planet.

If Everybody In The World Dropped Out Of School We Would Have A Much More Intelligent Society.”

Oh, Jaden. What the f–k do you know about life? You were born into Hollywood and have had such an incredibly easy life. You’re only 15-years-old and you think you have everything figured out? Please.

Don’t get me wrong, public schools here in America do need to change, but we need some type of schooling. If we didn’t, every kid would be at home all day watching Youtube videos and posting stupid tweets like Jaden’s on Twitter.

I also find it kind of funny how he claims school brainwashes the youth, but he doesn’t mention anything about Hollywood brainwashing the youth.