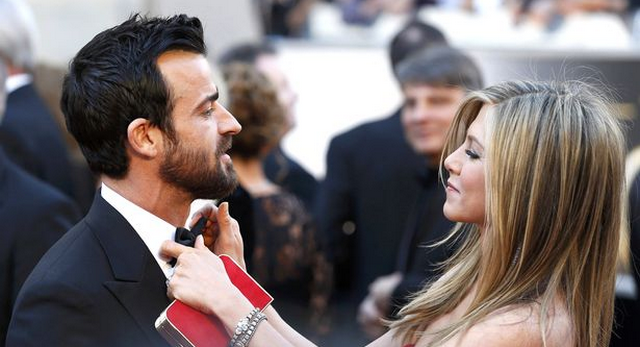 Us Weekly just released their newest issue of trash and on the cover they have a picture of Jennifer Aniston with the words, “Jen’s Big Secret: Pregnant!” Now if you are standing in line at the grocery store and you glance over at the cover, you might just assume that they know what they’re talking about. You might go around telling your co-workers that Jennifer Aniston is pregnant.

However, you might want to think twice before doing that. You will just make yourself look stupid because the report by Us Weekly is completely false!

The 44-year-old’s publicist slammed the magazine, claiming that the whole story is complete fabrication,

“Jennifer is NOT pregnant. The whole story is complete fabrication. All the way from a supposed canceled Smartwater shoot to Jennifer asking for a late check-out in Toronto and to her stylist having to rework her wardrobe. None of this ever happened. Shame on Us magazine for once again getting it all wrong.”

Damn, now that is a good publicist right there! He not only denied the rumors, but he put the magazine to shame. I’m afraid to say anything negative about Jennifer Aniston now. I’m afraid this dude might come after me and my family.

I don’t know who wrote that report for the magazine, but I’d be locking my windows right about now if I was them.