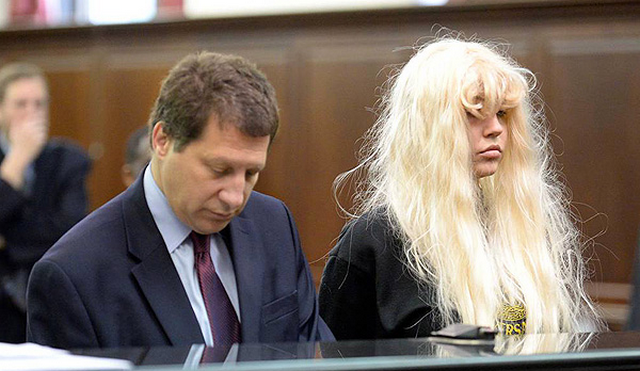 It’s time for a little update on Amanda Bynes. It has been awhile since we last talked about her, mainly because she’s under heavy psychiatric care and can’t just go outside and set random fires anymore.

Bynes was scheduled to appear in court yesterday for her DUI arrest back in 2012, but she was a no show. Her lawyer was there on her behalf though, and according to TMZ, the lawyer told the judge that his client “did not have the mental capacity to understand the nature of the legal proceedings.”

TMZ claims that the issue has now been moved to mental health court. The case dates back to April 2012 when she sideswept a police vehicle in Hollywood. At the time of the accident, she pled “not guilty” to the charge of misdemeanor DUI.

As you all know, Bynes has been under psychiatric care for a couple of months now. She will likely stay under that care for a long time to come. While the troubled actress continues to get help, her mother will have partial conservatorship over her, which means she will be making health and financial decisions for her daughter.

So, what does this all mean? Well, it sadly means that Bynes is still kind of crazy. However, it also means that she is continuing to get the help she needs. There is no way of knowing if she will ever get back to “normal” again, but at least she’s not playing with fire anymore.

We’re going in the right direction.