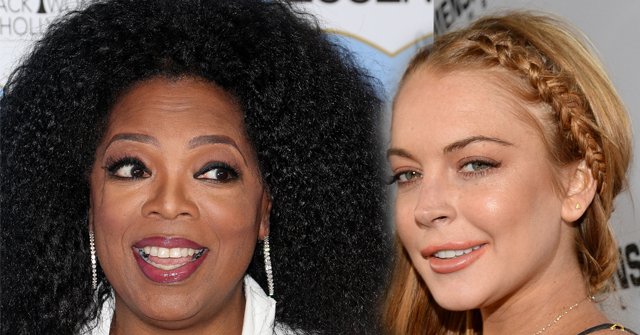 Oprah Gets Tough With Lindsay Lohan

Lindsay Lohan came very close to losing out on a $2 million paycheck after Oprah threatened to cancel her show before it even started.

As some of you know, Lindsay is doing a show for the OWN network. The show is scheduled to air next year, but now we are learning that it was close to being canceled.

Apparently, Lindsay was a mess at the start of the project.

She would not show up for work and just did not seem serious about the project. So, Oprah flew to Dina Lohan’s house and had a face-to-face meeting with the troubled star. Oprah made it clear to Lindsay that she would stop the project immediately if she didn’t get her act together.

Lindsay tried to offer up excuses. TMZ reports that she tried to blame it all on trying to find an apartment and “miscommunications” between her people and the people at the network.

However, Oprah wasn’t buying it and she told Lindsay that she would not be getting the big $2 million check if she didn’t turn things around fast. And Lindsay listened, because things have been running well for almost a month now.

Yeah, I might get my sh-t together too if someone threatened to take $2 million away from me. Lindsay might have been able to get away with taking advantage of people in the past, but that’s not going to work with the queen of the world.