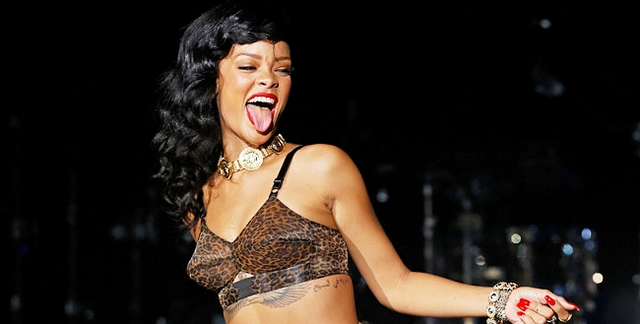 Someone Tried To Break Into Rihanna’s Mansion

Burglars are getting brave these days, huh? They’re just skipping the smaller houses and going straight for mansions owned by incredibly famous celebrities.

Some idiot attempted to break into Rihanna’s mansion in California this past weekend. TMZ is reporting that while Rihanna was shaking her ass in the land down under, someone in a little car drove onto her private property.

They made their way to her backyard, grabbed a chair and threw it through the sliding glass door. As soon as the glass shattered, the alarm started to go off, which scared the burglars away. They were gone by the time cops arrived, but they won’t be getting away with the crime.

Why? Well, because Rihanna’s mansion is filled with security cameras. There is allegedly even a sign on her “private road” that reads, “Smile, you’re on camera.” So, there is a good chance that their faces were caught by at least one of the cameras.

It sounds like she needs to build a tall fence around her property or something. The creepers definitely seem to be attracted to her.