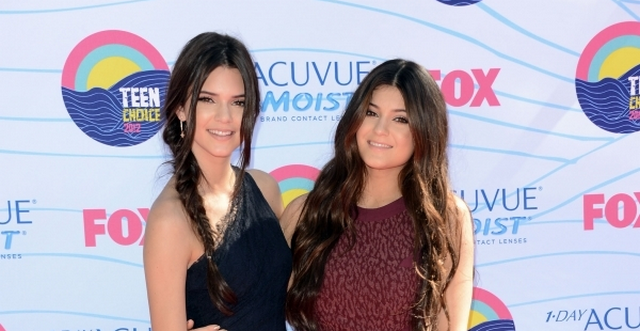 Being a “celebrity” in Hollywood basically means that you are allowed to do anything you f–king want. It’s one of the reasons why child stars grow up to be so messed up.

And it looks like Kendall and Kylie Jenner could be headed down that path after cameras caught them coming out of the club Tuesday night. It wasn’t just your regular ol’ Hollywood club either, it was the Vignette Lounge.

Every Tuesday night, the club has something called Wax Rabbit, which is described as a “new, voyeuristic, hip hop and nudity nightclub experience.” The club claims you have to be 21 and over to enter, but that’s obviously not the case. Kendall and Kylie are just 16 and 17-years-old!

TMZ talked with the manager of the club, and he claimed that the girls had IDs. And get this, he claims that he didn’t recognize the girls! A manager of a hot Hollywood club not knowing who Kendall and Kylie Jenner are? Give me a break, that’s probably part of the interview process.

As you can see from the picture down below, it certainly looks like they had one hell of a night. It’s believed that good ol’ Scott Disick went with them to the club, which explains everything. You know sh-t is going down when you let Mr. Disick take care of your kids.