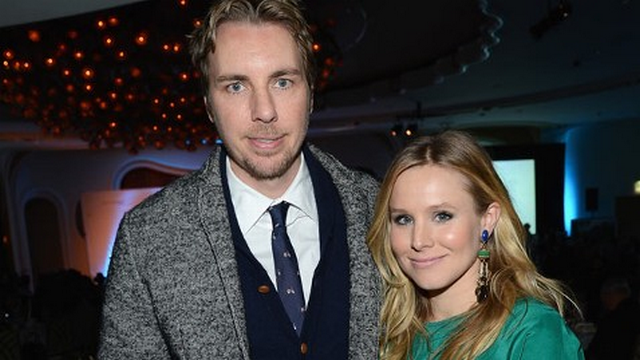 The adorable Kristen Bell and Dax Shepard finally made it official Thursday after being engaged for almost four years.

The couple celebrated the birth of their first kid together just seven months ago and now they have decided to get married. It was a very simple ceremony at the Beverly Hills County Clerk’s office, they exchanged their vows and that was pretty much it.

They were going to the clerk’s office just to get their marriage license, but an employee for the court offered to marry them in the courtroom nearby.

And even though it wasn’t a huge ceremony with birds and bubbles, Kristen Bell still reportedly cried during the brief ceremony. No one knows for sure if they have any other ceremonies planned, but we guess that doesn’t really matter since they are already married.

You may remember them saying awhile back that they wouldn’t get married until same-sex marriage was legal in California. Bell told Celebuzz the following back in 2012,

“We’ve been very vocal about not wanting to be married in a state that doesn’t allow that right to all of its citizens. We’ll wait until California gets on the right side of history.”

And back in June, Bell re-proposed to Dax on Twitter after the Defense of Marriage Act was struck down by the U.S. Supreme Court.

So, congratulations to Kristen Bell and Dax Shepard! May your marriage last longer than the Government shutdown did.