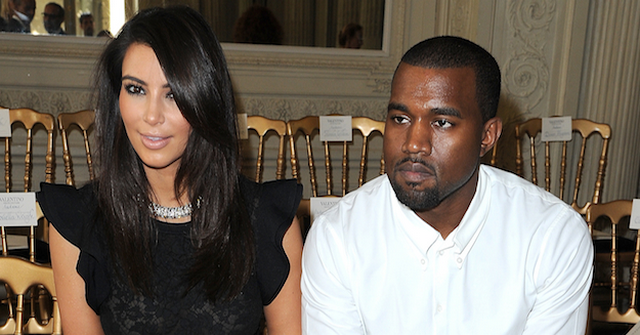 According to a report from E! Online, Kanye West and Kim Kardashian are now engaged.

Apparently, Kanye West is a romantic type of guy because he popped the question in front of all of her friends and family at AT&T Park in San Francisco. He even had a 50-piece orchestra at the park to play Lana Del Rey’s ‘Young and Beautiful’ which is one of Kim’s favorite songs.

It is believed that Kanye West surprised everyone when he popped the question, no one really expected it to happen so soon. It was also somewhat of a surprise he was even at the party because he was at the 2013 Hollywood Film Festival earlier in the evening.

He had to take quick flight up to San Francisco to even make it to the birthday party on time, but he apparently had everything all planned out.

Kanye also surprised Kim with a magnificent 15-carat diamond ring that was designed by Lorraine Schwartz. Take a look at a picture of the huge thing down below… Honestly, we should have seen this coming. The signs were all there. You may remember back in February when Kim told Cosmo the following…

“(Marriage) is something I know that we both want in our future, but I don’t have this sense of urgency about it. I have this best friend who understands me and helps me through all my tough experiences, and vice versa, you know? It just feels like this is it for me.”

Well, isn’t that just sweetest thing you have heard this morning? Maybe they have really found true love with each other. I hope that they never get a divorce and live happily ever after.

Not because I actually give a f–k about their relationship, but because Kanye would be impossible to deal with if that ever happened. You think he’s mean to the paparazzi now, just imagine Kanye going through a custody battle with the Kardashians…