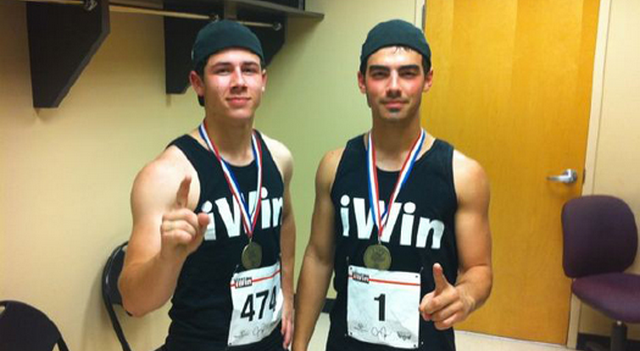 The Jonas Brothers disappointed thousands of teen girls when they cancelled their tour just days before it was going to start.

Their rep claimed that it was all because of a “deep rift” within the band. The rep also couldn’t say for sure that the band of brothers would stay together. There was even speculation that Joe Jonas was suffering with a secret drug addiction, however, those rumors have not been confirmed.

Well, Joe Jonas and Nick Jonas broke their silence and finally tweeted about the troubles the band is having. They didn’t go into any details, but it does appear that there is hope that the Jonas Brothers will be back on stage together at some point.

It’s not much to go on, but at least it does appear that they are planning on getting back together. If there is some kind of disagreement between the three brothers, hopefully they can get it all settled within the next month.

Thanksgiving is just around the corner and there is nothing worse than sharing a turkey leg with someone that you hate.