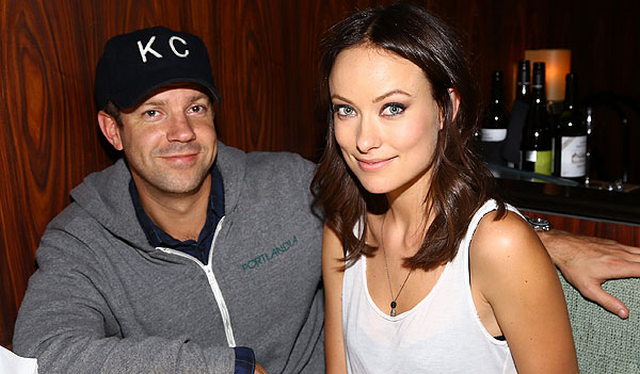 You know, for awhile I had managed to convince myself that Jason Sudeikis wasn’t actually having sex with Olivia Wilde. I know that they’ve been dating for awhile and I know they got engaged earlier this year, but I just didn’t want to believe he was “getting it in.”

However, there is no denying it now. 38-year-old Jason Sudeikis has had sex with 29-year-old Olivia Wilde and now she is pregnant with their first child.

Rumors started going around about a possible pregnancy and now her rep has confirmed the exciting news. We haven’t heard anything about any possible due dates, but we will keep you updated.

Honestly, we’re happy for them both. They really seem to love each other, and we’re sure they will be some of the coolest parents in town.

Believe it or not, Olivia was actually the aggressor when they first met. She told Allure magazine the following…

“I met Jason, and I thought he was so charming. He’s a great dancer, and I’m sucker for great dancers. But he didn’t even get my number. Over the next six months we kept running into each other. (One night) my best guy friend walked up to him and said, ’This is Olivia’s number. Use it.’ That was the beginning.”

How cute. We wish them all the best.