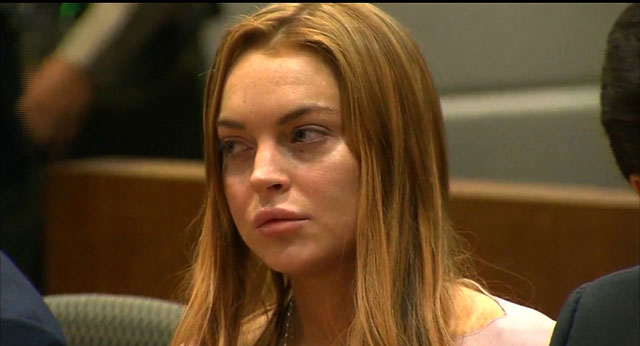 Lindsay Lohan Back On The Sauce?

Oprah has tried her best to keep Lindsay Lohan on the right track, but it’s looking like even Oprah can’t keep Lindsay away from alcohol.

A new report from Star magazine claims that the 27-year-old star has been completely wasted at least four times this month. An insider who was at a party Lindsay attended in L.A. last Monday told the magazine the following…

“She was definitely drinking alcohol. She got increasingly sloppy as the hours went on. (She) was literally hanging on to a couple of her friends, like they were holding her up.”

This wasn’t the only drinking incident, though. According to the report, she was also drinking vodka cocktails at bar in New York City earlier in the month. On October 19, Lindsay attended a big party in Hollywood with Paris Hilton and Miley Cyrus.

“Lindsay arrived around 3 a.m. And was still there when dawn was breaking. Lindsay, Miley and Paris were taken to a special room for VIPs.”

It’s important to remember that this report is coming from Star magazine. None of this has officially been confirmed. However, it does look like Lindsay Lohan has been attending a lot of parties lately. We can’t say for sure that she has been drinking during them, but she’s certainly not making it easy on herself.

It looks like there are some things even the almighty Oprah can’t control.