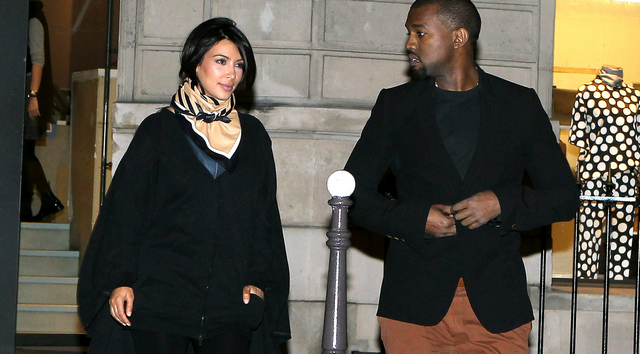 Kim Kardashian and Kanye West just had their first baby five months ago, but a new report claims they are already planning on having another one.

According to the report, Kim would like for her children to be close in age and Kanye has always wanted a big family. So, it just makes sense for the couple to have another kid sometime soon. And a source who is “in the know” told Us Weekly,

“She’ll try to get pregnant next summer, after the wedding.”

Although, it could happen sooner than that because they are allegedly not using any protection. How anyone would know such a thing is beyond me, but you can believe whatever you want. We would just advise you not to make any bets with your friends about this.

After all, this reports comes just a few days after a report that claimed their wedding was on hold because Kanye is too controlling. Kim has supposedly had time to think after the proposal and she feels like she might have made a mistake by saying yes…according to the report.

So, no one knows what the heck is going on. They are either completely in love and planning on having another child together, or they hate each other and the wedding is going to be canceled.

We’ll wait patiently for the next report that claims Kanye West is leaving Kim and North West and moving to Scotland to support his secret kilt fetish.