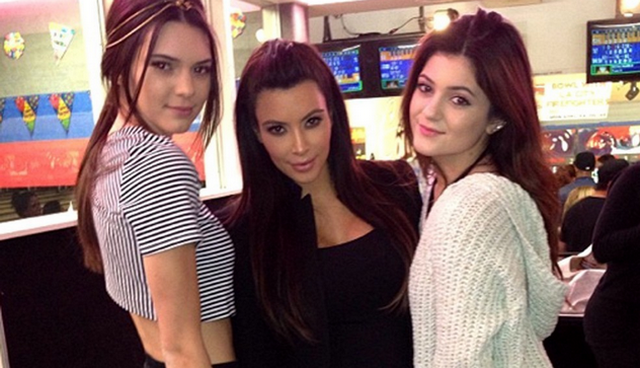 Kylie Jenner Wants To Become An Actress, Forgets That She Already Is

Kylie Jenner was born into the madness known as the Kardashians. She didn’t exactly choose to be famous for doing absolutely nothing, so it’s hard to blame her for anything. After all, she is just 16-years-old and she’s been on television since she was 9-years-old.

But now that she is older, it’s clear that she is loving the spotlight just like all of her attention-seeking sisters. The 16-year-old spoke with Us Weekly last week and admitted that she can’t remember what it’s like to not be famous,

And now that she has a taste of fame, it’s certain that she will not want to give it up anytime soon. Not only does want to continue to develop her own jewelry line, but she also revealed that she might want to try acting.

“We have a jewelry line at Nordstrom and we’re coming out with a book that we’re really excited about. I would love to in the future maybe create my own line and branch away from Kendall and continue Pac Sun.”

My only problem with this story is the fact that she told the magazine she wants to try acting. She’s been doing that for the past six years! She has more experience than she thinks. Who could forget her unforgettable performance in Kim Kardashian’s wedding?