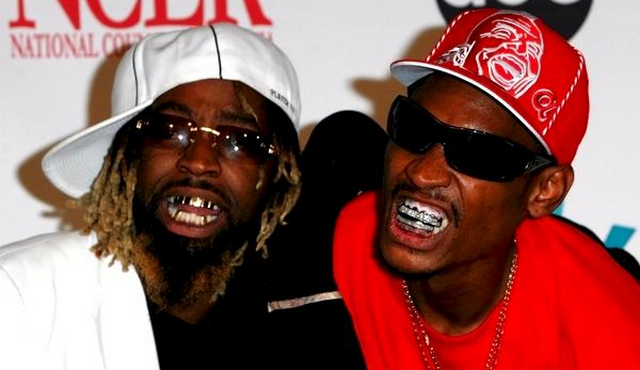 The poor Ying Yang Twins aren’t as popular as they were several years ago. Sadly, people are starting to realize how crappy their music really was. This is bad news for the twins and even worse news for D-Roc’s ex-wife who was getting (or was supposed to be getting) $2,500 a month from D-Roc in child support.

However, she probably hasn’t been getting that kind of cash for a long time. And just recently, D-Roc went to get the monthly payment lowered since he’s no longer bringing in $19,000 a month anymore. After all, the Yings and Yangs last album to chart on the Billboard 200 was back in 2006.

D-Roc claims that he now only makes around $2,800 a month and that’s why the court agreed to lower his monthly payment in child support. Instead of $2,500 a month, he will now only have to pay $550 a month.

However, he owes $45,000 in back child support, so he will probably still be paying more than $550 a month. He was able to land a payment plan for the $45,000, but we’re not sure on the details of that arrangement.

You see what happens when you douchebags don’t support the arts? These dudes have some serious talent and no one is paying them any attention! Does no one remember ‘Wait’ (The Whisper Song)