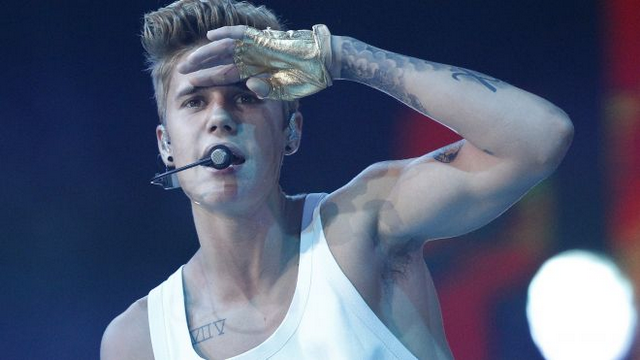 Justin Bieber apparently had a pretty crazy party last Friday night. As you probably have heard, cops were called to the party a total of three times.

All of the calls were for noise complaints, but one neighbor claims that when officers opened the font door a strong smell of weed filled the air. The first call from his neighbors came in at around 1 in the morning, the second call came just two hours later and the last call came in at 5:30 in the freaking morning.

After the third call, officers decided to file a police report against the pop star for disturbing the peace. Something that should be filed every time one of his songs comes on the radio.

Anyway, the party was a big one and the people who attended the party had to be on their best behavior. They were forced to sign a confidentially agreement before entering the Bieber mansion.

TMZ got their hands on one of the documents and it shows that guests and workers at the party had to agree to keep the details of the party off social media. No tweeting about anything, no Facebook posts, no texting, no phone calls and certainly no recording.

If they broke any of those rules, they would be ordered to pay $3 million! It sounds like a lot of money, but Bieber’s price has actually dropped. For previous parties at his house, guests who violated the agreement were on the hook for $5 million.

That’s one way to keep girls with video cameras out of your bedroom. I’d be paranoid if I went to one of his parties. What if you get drunk and just accidentally send out a photo of you smoking weed with the Biebs? You have to pay $3 million? Pfft, f–k that.

It would take me three lifetimes to earn that kind of money, and that’s only if I managed to successfully rob several banks during that time period.