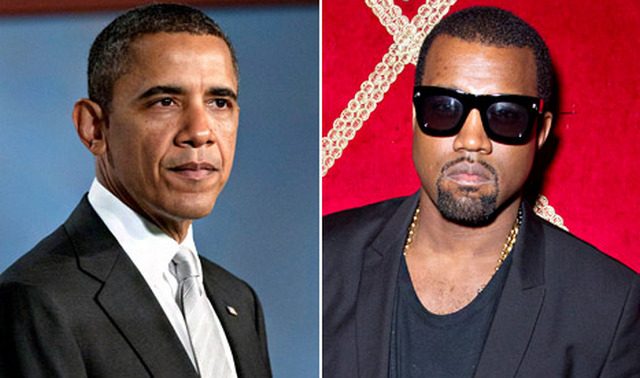 It might be hard to believe, but there once was a time when Barack Obama and Kanye West actually liked each other. After all, Kanye did endorse the President back in 2008 when he was first elected.

However, things went downhill that next year when Obama called Kanye a “jackass” for interrupting Taylor Swift at the MTV VMAs. Things between the two love birds have never been the same, and now it looks like their relationship is officially over.

Kanye was on ‘Hot 107.9’ the other day and he revealed that he felt used by the president,

“Oh, you talking about how he use to come and visit me and my mama and tell me that he’s about to run for president? I just think that we’re pop icons, and the president likes to use that type of thing just to be down and stuff.

People was fine with me being everyone’s punching bag  for about five years, ‘Man, this is the person we love to hate, so if you want to distract people from everything that’s going on (…) just say you hate Kanye and there’s going be 30 other people who say they hate Kanye.’ I don’t care if someone’s president or not. I care about thoughts and how you helping people and what you bring to the world.”

There was more to his rant, but it started to make no sense. That’s usually how “Kanye Rants” go. He’ll start off fine but by the end of it, he’ll be talking about beef jerky and pogo sticks.

Anyway, at the end of the interview he promised to never mention Obama’s name again…

“I’m not gonna mention him no more, I’m past that. That’s out my thoughts. That’s lowering my priority of thinking at this point.”

F–k yeah! You tell ’em Kanye. Don’t waste your genius mind on him. You have better things to being doing, like, planning a wedding with that chick who is only famous because some dude released his man juice all over her back on camera.