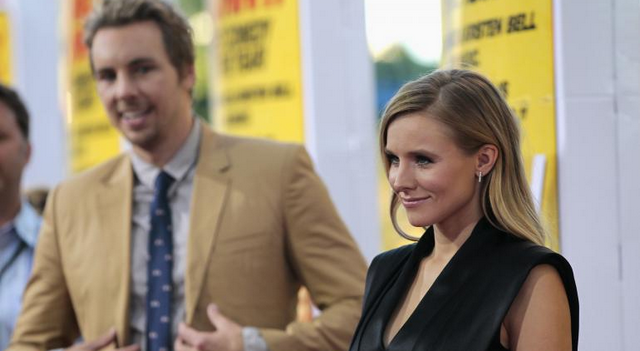 Kristen Bell Gets Brutally Honest About Her Pregnancy

As most of you know, Kristen Bell had her first baby back in March of this year with her husband Dax Shepard. It was an unplanned pregnancy, and Kristen Bell revealed to Flare magazine that she did not feel connected to her baby at all during her pregnancy.

“It could’ve been a water bottle in my belly, that’s about how connected I felt to her during my pregnancy. But within about 24 hours after she came out, my hormones reset, and they reprogrammed my feelings about her.”

She was also worried that she wouldn’t love her new daughter as much she loves her dogs,

“I kept saying to Dax in all sincerity during my pregnancy, ‘I just don’t know how I’m going to like her as much as I like the dogs.‘ I was being serious. Because I f–king love my dogs; they are my children. I love people the more I know them, and I didn’t know her.”

Don’t you just love her honesty? I’ve always wondered if more women feel like that during pregnancy and just never mention it. I’ve never actually asked a woman about it because asking a woman anything about being pregnant usually ends with, “WHY DON’T YOU TRY CARRYING AROUND A FREAKING WATERMELON IN YOUR BELLY FOR NINE MONTHS!”