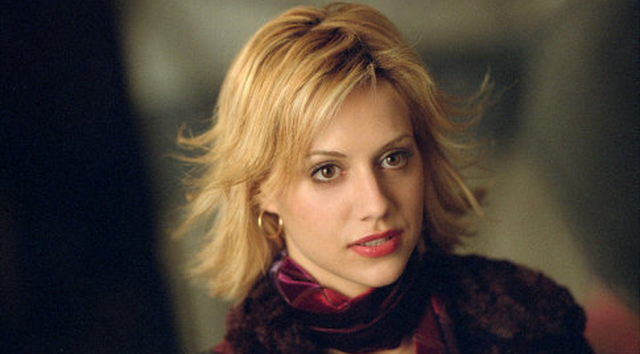 Was Brittany Murphy Poisoned? New Report May Shock You

It’s been almost four years since Brittany Murphy’s surprising death shocked Hollywood. At the young age of 32-years-old, the actress was pronounced dead and her death was ruled accidental.

It was believed that she died from multiple drug intoxication, pneumonia and “iron deficiency anemia.” Which wasn’t all that unbelievable at the time because there were multiple reports going around that she was battling an eating disorder, and that she just wasn’t taking care of her body.

However, Murphy’s family started to really get suspicious when her husband, Simon Monjack, died just five months after her. And do you know what his cause of death was? Pneumonia and anemia.

The father of the late actress sued the Los Angeles Coroner’s Office and the LAPD last year in an attempt to get more toxicology reports. According to The Hollywood Reporter, he accused them of, “failure to conduct toxicology tests on the specimens.”

A screenwriter named Julia Davis was working on a biography about Brittany during the time this lawsuit was going down, and she wrote a very interesting press release.

“It was highly disturbing to find out that they’ve neither tested, nor ever intended to test Brittany or Simon’s hair for toxins, poisonous substances and heavy metals. These two deaths were simply written off to natural causes, but we don’t agree with this conclusion. The truth will eventually come out, we’ll make sure of it.”

Well, the lawsuit ended up being dismissed. However, Murphy’s father was able to secure the release of Murphy’s blood, hair and tissues for his own independent testing. He sent the samples off right away to the Carlson Company and they found found some interesting results, “We have detected ten heavy metals at levels above WHO (The World Health Organization) high levels recommendation.”

“My suspicions were confirmed. Ten heavy metals were found in abnormally high quantities. These types of heavy metals/toxic elements are commonly found in rat poison, pesticides, insecticides, etc. Since neither Brittany nor Simon would have willingly consumed any such substances, the lab concluded that they may have been introduced by a third party with criminal intent.”

While it’s clear he thinks his daughter was poisoned, the LA County Coroner is still not buying it, “The Los Angeles County Department of Medical Examiner-Coroner has no plans to reopen our inquiry into the deaths. We stand by our original reports.”

This new report is certainly interesting, especially since both Brittany and her husband were experiencing almost every symptom of “heavy metal poisoning” before they died. If there is something sinister behind all this, hopefully the mystery gets solved.

Stories like this give me the chills. I start looking behind my back and stuff, but I have nothing to worry about. No one cares enough about me to poison me, no one loves me that much.