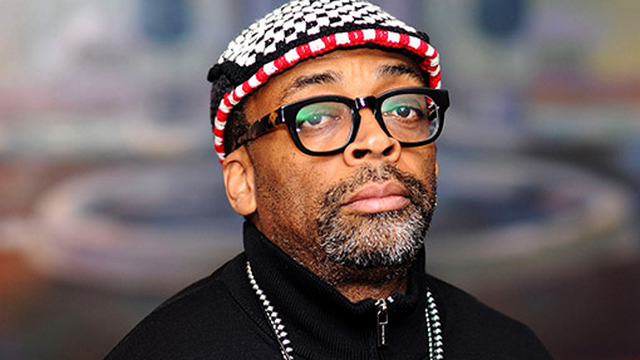 A graphic designer by the name of Juan Luis Garcia is in a bit of a battle with the ad agency that was responsible for designing posters for Spike Lee’s film, ‘Oldboy.’

Garcia was approached by the agency a while back and they wanted him to design some comps to show to Spike Lee. Right away they informed that they couldn’t pay him much for the comps, but that he would be “compensated fairly” if Lee and the studio liked them.

Well, fast forward a couple of months down the road and Garcia received great news. The agency told him that Spike Lee loved the posters and his designs were going to be the key art.

Things went downhill after that, though. Garcia claims that the licensing buyout fee he was offered was incredibly low. He tried to negotiate, but they continued to tell him that it was the “exposure” that really mattered.

“I make the same amount of money in a single day as a photo assistant as what they offered and I had worked on these almost exclusively for two months. Plus there was still more work to be done so I had to refuse.”

So, he refused the offer and that is when the agency turned nasty. He claims that they told him he didn’t want to mess with Spike Lee, and that he would never find another job again. Heck, they even threatened to sue the guy even though he never signed any contracts.

Fast forward a couple of more months and the agency’s threats finally started to die down. Garcia was still upset about the experience, but he was ready to move on. However, Garcia stumbled upon something very interesting the other night. He also posted the three others seen below…

Understandably, Garcia is upset by this whole thing. After all, the ad agency never even paid him the little bit they owed him for just the comps. So, now Garcia is ready to fight back and that’s why he posted the long open letter on his website.

He’s hoping that Spike Lee will see it and respond to him directly. And it just might have worked because the post reached the top spot on Reddit last night. As far we know, he hasn’t received any response yet, but we’ll keep you updated.

Meanwhile, Oldboy is now in a theater near you. Go see it?