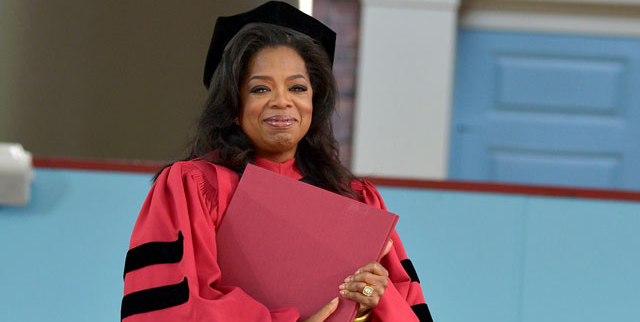 Oprah Winfrey Reveals The Real Reason She Never Had Kids

Oprah Winfrey has had tons of success in her life, and what we mean by that is she has A LOT of money. She has so much money that she probably wipes her butt with $100 bills. That’s how rich and successful Oprah Winfrey is.

But one thing Oprah Winfrey doesn’t have is a family. The 59-year-old has never had any children, but she doesn’t seem to have any regrets about it. She sat down for an interview with The Hollywood Reporter and had this to say about her decision to never have children,

“If I had kids, my kids would hate me. They would have ended up on the equivalent of the Oprah show talking about me; because something (in my life) would have had to suffer and it would’ve probably been them.”

The queen of the world also admitted that even when she was younger, she never really thought about having kids,

“Gayle was the kind of kid who, in seventh grade Home Ec class, was writing down her name and the names of her children. While she was having those kind of daydreams, I was having daydreams about how I could be Martin Luther King.”

At least she’s honest, right? I mean, I can relate to her. I’m not a woman and I don’t have all the money in the world, but I would also dream about being Martin Luther King in class. It was quite silly now that I think about it, considering I am white and I nearly wet myself every time I have to give a speech.

But you have to dream big, right?