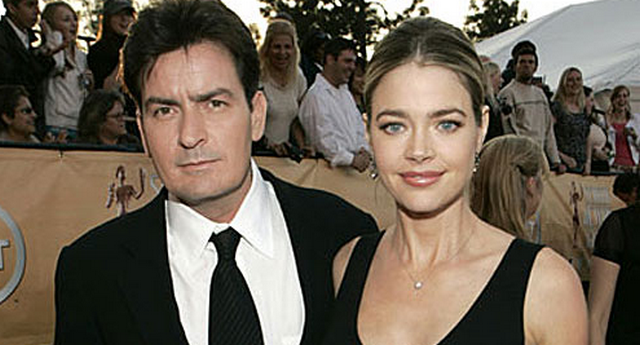 Charlie Sheen has been on a wild ride for the past few years and it doesn’t look like that ride is going to stop any time soon.

TMZ is reporting that Charlie Sheen is upset because his ex-wife Denise Richards is not letting him go with her and their two kids on a family holiday trip.

And it doesn’t look like this story is made up. Charlie Sheen tweeted out the photo you see down below…

“more like a feeble “K”. the lie is over. i’m done being treated like a relative with a one-way ticket. c #DuhNeese”

As you can tell, the bat was a special memory from their wedding. Charlie Sheen is a big baseball fan, so it’s kind of shocking to see him harm a baseball bat like that. We’re not sure why the bottle of Tabasco sauce is there, but who are we to question the mind of Charlie Sheen?

Anyway, Mr. Sheen is allegedly telling friends that his ex-wife is taking his children’s cell phones away from them so that they can’t communicate with him. He’s so mad about this and the Christmas vacation that he’s thinking about going to court, in hopes of getting his child support payments lowered.

They agreed on a $55,000 monthly payment in private a long time ago, but now Sheen is planning on taking her a** to court. It’s also reported that he paid $9 million for her home. Not only does he want the payments lowered, but he also wants the rights to see his kids on holidays.

Good luck with that, buddy. That picture you tweeted out will not help your case in court. You should have handled this all in court a long time ago.

It’s incredible how out of touch celebrities are with the world. They’re arguing over sh-t like $55,000 monthly payments for child support and homes worth $9 million. Give me a break. Call me when you actually have some real problems to complain about.