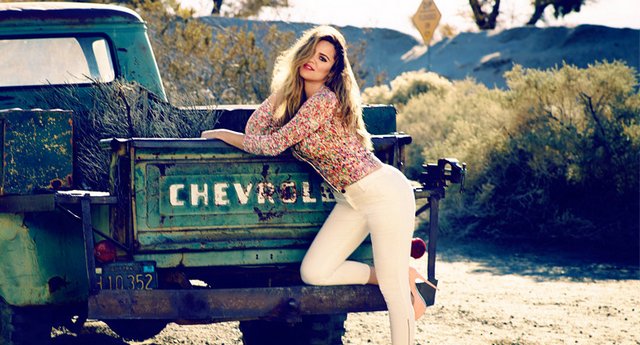 We all knew Kris Jenner wasn’t the best mother in the world, but we didn’t know she was this bad!

In a recent interview with Cosmo, Khloe Kardashian revealed that she heard her mother say that she needed a nose job when she was just nine-years-old,

“She didn’t mean harm, but when I was around nine I overheard my mom telling her friend I needed a nose job. I was shocked; I hadn’t even thought about it. I’ve grown into my face, but [to this day] I’ve had makeup artists tell me, ‘You should get a nose job.'”

What the f–k? No wonder the Kardashian sisters are so screwed up. Who the heck would say such a thing about their kid? Who would even think that about their child?

No wonder the Kardashian sisters are always taking selfies and posting them online. They’re looking for compliments, they need the validation they never recieved from their self-involved mother.

Anyway, Khloe also talked about how excited she is for this year to be over,

“I need a good fresh start. I’m excited for this year to be over with.”

We would be just as excited if we had the kind of year she has had. Lamar Odom’s drug addiction really caused Khloe a lot of pain this past year.

Hopefully 2014 is better for her! And hopefully Kris Jenner learns how to be a mom one day.