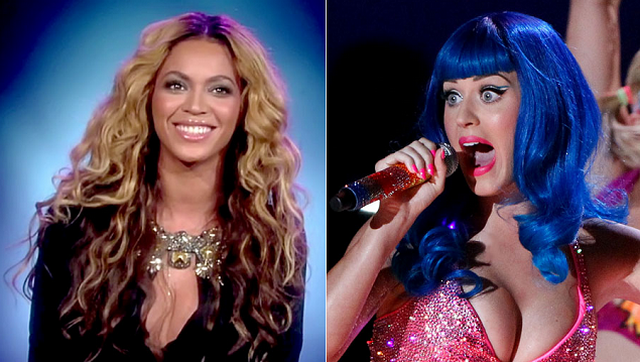 Those of you who have been reading this site for a while probably remember the report we did on Beyonce’s ridiculous tour rider. You can view the full article by clicking here, but we’re going to provide you with a little snippet down below.

“According to the insider, Beyonce insists that everyone on the crew wear only 100% cotton. The $900 straws she demands are special titanium straws that are used to drink a special alkaline water that is to be served at exactly 21 degrees.”

Anyway, now that we refreshed your memory on Beyonce’s tour rider, let’s get to Katy Perry’s backstage demands for her recent private concert in Las Vegas.

According to TMZ, this is what Katy Perry demanded to have backstage,

An array of fresh vegetables

Tortilla chips with freshly made guacamole

And the list goes on and on. She also demands that every meal be low in fat and free of any MSG.

So, who had the crazier rider? I think the clear winner is Beyonce. Yeah, Katy Perry had a lot of demands, but they were all pretty reasonable. All of her demands were mostly about eating healthy, what’s so bad about that?

But Beyonce’s demands? That’s some weird sh-t. Red toilet paper? I still think about that every time I see a story about her. Does it really matter what color your toilet paper is? It’s just going to end up being covered in fecal matter.