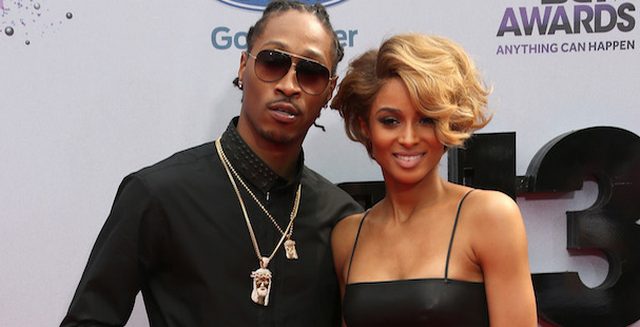 Ciara Reveals She Is Pregnant, Hints At Baby’s Gender

Almost three months after getting engaged to Future, Ciara revealed she is pregnant on The View yesterday. One of the hosts of The View, Jenny McCarthy, tweeted the picture you see down below.

“Congrats to my girl @ciara so happy for your bun in the oven.”

The 28-year-old singer then talked with HuffPost Live and revealed some more details about her “surprising” pregnancy,

“It really is a blessing. It’s the most exciting time in my life. I’m really excited, like a little kid.

And then she hinted at what the sex of her baby might be,

“I did have a preference before I found out what it was…[the result] was different than what I thought, but my fiancé got what he wanted.”

Ciara also talked about how she’s happy she doesn’t have to worry about her abs,

“I believe that pregnancy within itself is sexy and I don’t believe I have to show you that I still can be. I kind of like it actually not being about abs and all that stuff. I really love this phase that I’m going through in my life and I just want to live in it. I just want to be a ‘mommy-to-be.'”

Pregnant women have to say sh-t like that, right? They would much rather be showing off their abs and doing body shots with some hottie at the club.