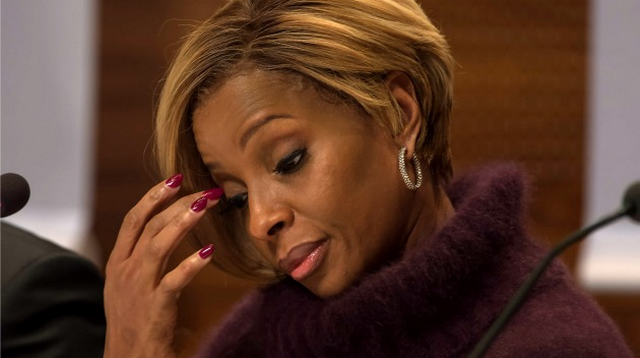 63-year-old Thomas Blige is in critical condition after a brutal fight with his ex-girlfriend. Apparently, the incident occurred early Thursday morning at an apartment complex in Michigan.

You see, Blige was confronting his ex-girlfriend because he believed she slashed his tires. Well, sometime during the argument, she pulled out a knife and started stabbing Thomas.

When police arrived on the scene, they found the man in pretty bad shape. According to the report, he had been stabbed at least three times, with the most severe injury being to his neck. He was rushed to the hospital and had emergency surgery performed on him. The latest report said that he was still in critical condition.

The good news in all of this? The crazy woman was arrested. Police found her at her apartment with clothes that were covered in blood. She is scheduled to have her arraignment sometime today in Calhoun County.

The truth is, Thomas Blige shouldn’t have even went over to talk to the this chick. There have been seven domestic violence complaints between the two of them. In fact, the woman was charged with aggravated domestic violence against him just a few months ago!

And here we were thinking Rihanna and Chris Brown had a f–ked up relationship. Geez. It’s not worth it, folks! If you’re with someone and all you do is fight, what is the point? Just leave before you get stabbed in the neck.