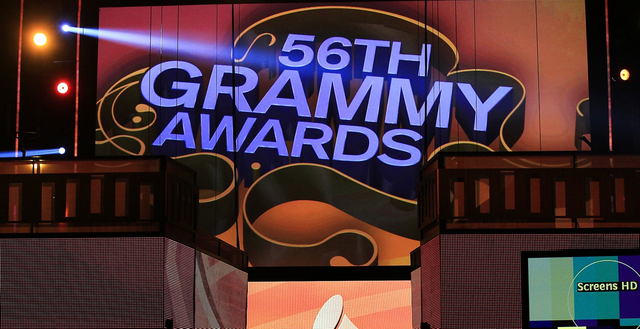 The 56th annual Grammy Awards were on for what seemed like ten hours yesterday. LL Cool J hosted the big award show last year and returned again this year to deliver another vanilla performance. It’s not that he’s a bad host, it’s just that he doesn’t bring any special energy to the place.

But his performance as host was actually one of the best performances of the night. If you look around online, you will see almost every site talking about how amazing the show was. How amazing every performance, speech and dress was. However, we don’t feed you bullsh-t on this site, it’s not good for your diet.

Let’s be honest, the 2014 Grammys were f–king horrible! All the speeches were terrible, every time Lorde came on stage, I wanted to bury myself alive. She has to be one of the most awkward people on the planet. And then you have Daft Punk on stage, accepting awards with their played out costumes.

And we haven’t even talked about the performances. The only three performances worth watching last night were Beyonce’s sexy opening with Jay Z. Imagine Dragons and Kendrick Lamar’s great performance, and that weird Metallica performance was satisfying in a strange way.

The most frightening performance of the night came from Katy Perry. The whole time, I thought it was a promotion for Devil’s Due.

Anyway, let’s get to the big winners…