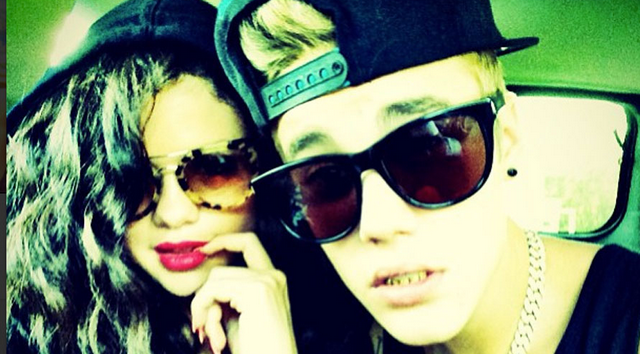 Is Selena Gomez To Blame For Justin Bieber’s Bad Behavior?

According to a new report, Justin Bieber’s rocky relationship with Selena Gomez is to blame for his recent bad behavior. Apparently, Justin Bieber’s “team” has ordered him to stay away from her.

“There is always so much ridiculous drama involving both of them.” A source explained. “They fight constantly and Selena loves to keep Justin hanging. He always acts out after they fight. Selena is just not good for Justin.” The source added. Well, it’s obvious that there is a lot of drama between the two pop stars. We all remember those texts, right? You know, the ones where Justin Bieber told Gomez to keep that “talentless pu–y” away from him? Of course, Selena’s team denies that the texts were real, but they did seem pretty legit.

But this “source” is trying to claim that when Justin Bieber throws eggs at his neighbor’s house, he’s just doing it because he’s mad at Selena? That makes perfect sense. We can totally see why Selena Gomez is to blame for all this!

But seriously, it’s probably not a bad idea for them to stop dating. It’s clear that they have some issues they’re never going to work out. Maybe their relationship is to blame for some of Justin Bieber’s actions lately, but at the end of the day, he’s still the only one in control of his life.