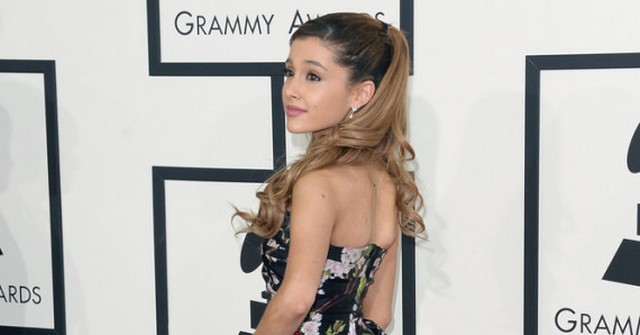 Ariana Grande Has Meltdown At The Grammys, Mean Tweets Almost Make Her Cry

Ariana Grande didn’t enjoy the Grammys as much as some artists did. The 20-year-old singer/actress almost started crying right on the red carpet when she made the mistake of looking herself up on Twitter.

Apparently, some blogger started to tweet about how ugly her dress was and how nasty her hair looked. And of course, when one person starts making fun of you, everyone else is going to board the train and ride it all the way to Douchebagville. A source told E! the following,

“She’s still not completely comfortable on carpets and she made the mistake of looking at Twitter. This blogger attacked her dress but also went after her hair and then more people started piling on. It was just mean. Ariana was like, ‘Why am I even here?'”

Sources say she was very close to crying and just wanted to leave the event and go home. There are also reports that claim it wasn’t the mean tweets that made her mad, but it was the paparazzi who were lined up at the red carpet. They were “ordering” her around and confusing her while she tried to pose.

The singer posted the following tweet a few days ago,

This is now the second time Ariana has had a meltdown while walking a red carpet. She needs to toughen up if she wants to make it in this business. That sounds harsh, but it’s just the truth. We live in a sad and cruel world.