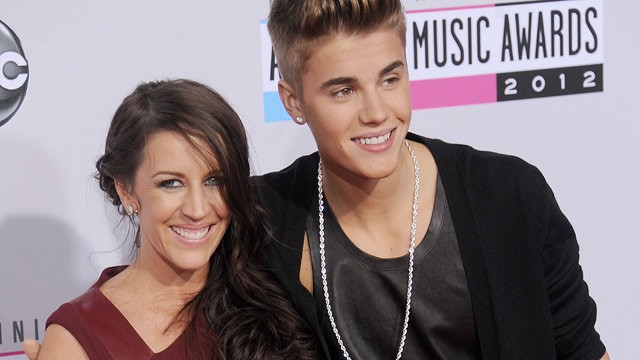 Justin Bieber’s Mom Is Genuinely Concerned For Her Son

Moms all over the world have been commenting on the 2014 Justin Bieber crisis. Even Michelle Obama was asked about the Bieber situation, “I would pull him in close. I don’t know if it would be advice as much as action. I would be very present in his life right now. And I would be probably with him a good chunk of the time, just there to talk.” She told Univsion.

Sharon Osbourne said she would handle Justin Bieber in a very different way, “He would have to go to a hospital to get my foot out of his a**.” Well, what about Justin Bieber’s actual mom? What is Pattie Mallette doing to keep her son out of trouble? A source close to Mallette talked with E! News and explained that she is very concerned for her 19-year-old son,

“As any mom of an adult child, Pattie is holding him close and talking to him about everything, but she can’t make his decisions for him. As any caring mother would be, Pattie is genuinely concerned for Justin, and she has said in many interviews before that she doesn’t have her head in the clouds and keeps in very close touch with Justin.”

It’s funny that she considers him to be an adult, but Bieber doesn’t consider himself to be an adult. Still trying to get by on the, “I’m just a kid!” excuse. Because, you know, there are so many kids out there dropping $17k at strip clubs.

Anyway, the source also adds that Mallette has a great relationship with her son,

“Pattie has a great relationship with Justin. He knows where she stands on the decisions he’s making in his life. He knows what she is proud of and what she has serious discussions with him about. Pattie never makes excuses for her son, but she is not going to turn on him for the approval or opinion of the world.”

I’ve never really noticed it before, but Bieber’s mom is kind of hot. I’m only three years older than Bieber, but I’d love to be his step-dad. I would pull out the belt and smack ‘dat a**, and then I would go deal with Justin Bieber.