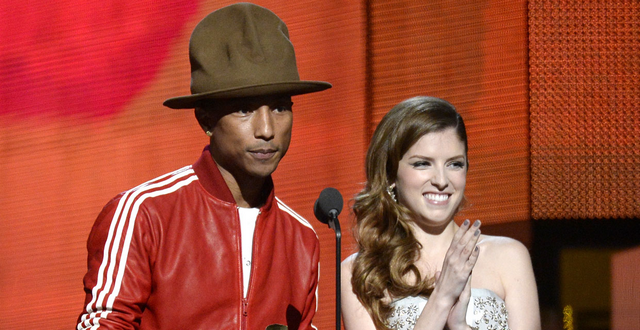 We all remember the hat Pharrell Williams wore to the Grammys last month. The hat was so big that he actually had to count it as one of his guests.

The internet went crazy after seeing the hat for the first time. Just minutes after making its first appearance on the red carpet, the hat got its very on Twitter account. The account now has almost 20,000 followers!

Now that we have updated you on how the hat is doing in social media land. We should tell you that you now have the chance to adopt the hat! That’s right, Pharrell has put the infamous hat on eBay, and it’s all for charity.

The description for the eBay posting reads,

“Now is your chance to own a piece of pop culture history! Bid on Pharrell Williams’ Vivienne Westwood “Mountain” hat that was one of the biggest hits of the 2014 GRAMMY Awards. The hat comes with a Letter of Authenticity.

All proceeds benefit From One Hand to Another whose mission is to help change the world one kid at a time by giving them the tools and resources to meet their unique potential and empower them to nurture curiosity by learning through new technologies, arts, media and motivation!”

At least the proceeds will be going to a worthy cause, right? The top bid right now is $10,500. However, it will definitely continue to soar higher as more people find out about it. The bidding does not end until March 2.

So, what if your bid wins it all? What would you do with such a precious hat? Personally, I’d take it to Rick from Pawn Stars and have him get one of his experts to tell me how much it’s worth.