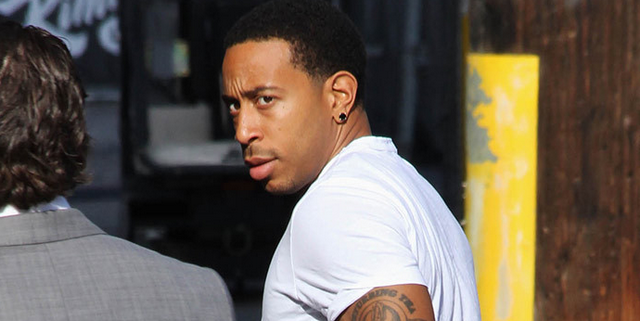 Ludacris is in a pickle, and this pickle he’s in is forcing him to actually fight for full custody of his 2-month-old daughter. So, here’s the dill. Apparently, Luda and the mother of his child Tamika Fuller are battling it out in an Atlanta courtroom.

The baby was born just two months ago, so obviously Tamika has been taking care of it for the past two months. However, Ludacris wants that to change. He wants to have full custody of his daughter, and he wants Tamika to pay him child support! That is unheard of, right?

According to the legal docs, Ludacris claims he’s a “fit and capable parent” and deserves full custody. His evidence for that claim? The fact that he’s always been an active father to his 12-year-old daughter.

This sounds sweet on the surface, like, “Wow, what a great guy! A man that actually wants to take care of his kid!” But there might be something more to this battle. Ludacris might be fighting so hard to get custody simply because he doesn’t want to pay child support.

You see, Luda claims he’s broke. Tamika was asking for $15k a month in child support, but Luda pleaded poverty. He says that the death of Paul Walker caused a delay in Fast & Furious 7, which has really set him back financially. The judge lowered the monthly payment to $7k a month.

Interesting, huh? Is this really a battle over who gets to keep the kid? Or do neither one of them want to dish out $7k in child support every month?