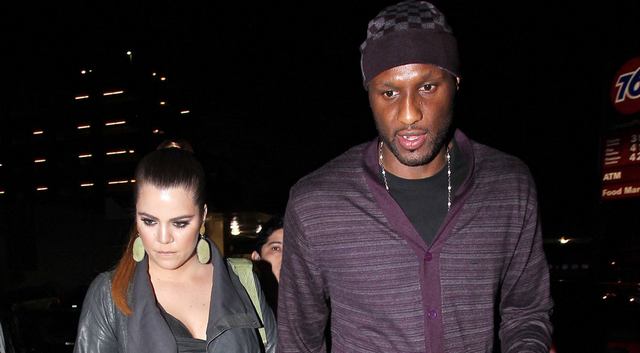 We reported to you yesterday that over $250,000 in jewelry was missing from Lamar Odom and Khloe Kardashian’s home.

There were no signs of forced entry at the house, which led Khloe to believe it was one of her workers who stole the jewelry. Sources say she made everyone on her staff take lie detector tests. Lamar Odom was never a suspect in the case because he has been in Spain playing basketball.

Well, it turns out this jewelry theft might be connected to Lamar Odom after all. Apparently, Odom still owes a few drug dealers a lot of money. He was basically on drugs 24/7 in 2013, and he was bad about actually paying his tab. Sources talked with TMZ, and told them that Odom owed $15k to just one dealer.

And get this, before the jewelry was stolen from their house, Odom was reportedly receiving threatening text messages. Threats about his safety, and warnings that they would break into his home if he didn’t pay up.

As we mentioned above, cops didn’t find any signs of forced entry. What does that mean? Well, one source claims one of the drug dealers had connections to someone who works for the family. It’s possible they entered the home legally.

Damn, it’s a good thing Khloe is getting far away from that mess. Sounds like some Breaking Bad sh-t over there.