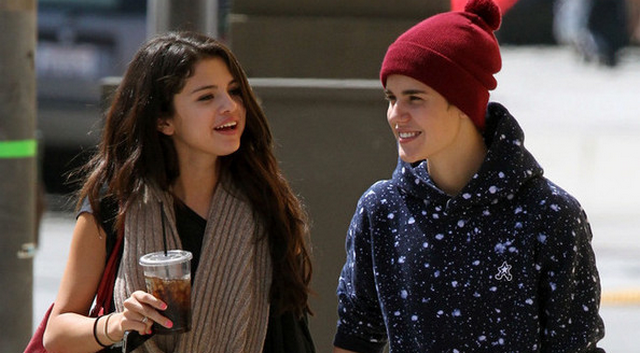 After acting like a complete a** during his deposition in Florida last week, Bieber took a trip to Texas to get his hands all over Selena Gomez’s a**.

The adorable couple spent an entire day together down in Texas late last week. They had some coffee together, went perfume shopping for Bieber and then rented out a dance studio for two hours.

And what did they do in the dance studio? They played badminton! Or they might have just danced for two hours, that’s usually what people do inside a dance studio.

Anyway, why do we bring this all up? Well, Justin Bieber posted the video you see down below to his Instagram account yesterday.

The video shows Bieber and Gomez dancing to John Legend’s “Ordinary People.” And we have to admit, Justin Bieber was putting some serious moves on Gomez. His hands were all over dat a**.

It’s not hard to figure out why they’re dancing to this song. It’s basically their relationship wrapped up in 4 minutes and 33 seconds.