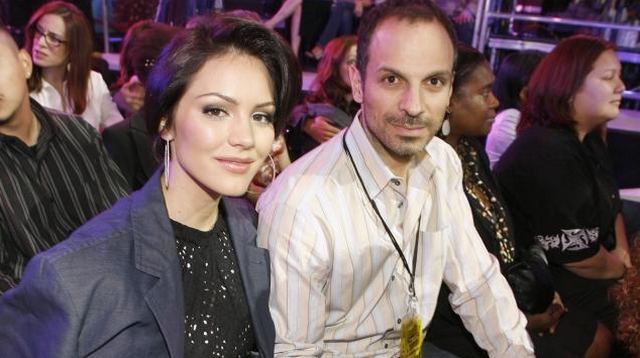 Katharine McPhee’s Husband Is About To Take Her Cheating A** Back!

Remember five months ago when Katharine McPhee was caught cheating on her husband with her married “Smash” director?

Of course you remember! How could you forget the photo down below…

Ah, yeah, it looks like ratings weren’t the only thing they were smashing. Since the cheating scandal, Katharine and her husband Nick Cokas have been living separately. However, sources now say they are starting to hang out a lot more, and that McPhee is really close to winning him back.

They were pictured walking their dogs together just the other day. And while walking dogs together doesn’t necessarily mean they are f–king again, it does make you wonder if they are working things out. Sources even tell TMZ McPhee bought Nick a brand new Rolex as a, “Hey, I am sorry I f–ked my director” gift.

According to multiple sources, Nick is really close to taking her back. Obviously, this is a terrible idea and if Nick were my “bro” I’d tell him he was incredibly stupid. However, I don’t know Nick and Nick doesn’t know me. All I know is that Katharine McPhee is really hot.

Yeah, she cheated on him and she will probably do it again, but are you honestly telling me you wouldn’t try to make it work with a girl like this?