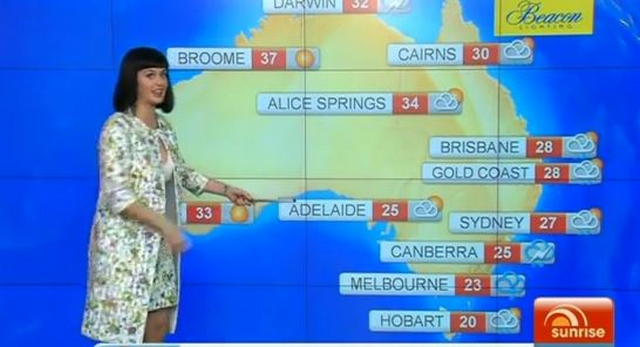 Katy Perry needs to spend about a minute on Google to figure out what feminism is. The 29-year-old singer still seems to be confused by the whole feminism thing, but she is a feminist…we think.

You may remember the criticism Katy Perry received after telling Billboard magazine back in 2012 that she wasn’t a feminist. She told the magazine the following…

“I am not a feminist, but I do believe in the strength of women.”

If you’re having trouble figuring out what the f–k she means by that, we’ll try to help you understand it. She basically just said she believes women are strong, but not strong enough to handle having the same rights and opportunities as men. We here try to see the good in people, and we believe Katy Perry was just confused by the word “feminist” back then. As much as she sings about “girl power” we have to imagine she believes women and men should have equal rights.

Well, just a few days ago down in Australia, she was asked again if she was a feminist. She responded by saying…

“A feminist? Uh, yeah, actually. I used to not really understand what that word meant, and now that I do, it just means that I love myself as a female and I also love men.”

I think she’s still confused. That’s not what feminism means. She just admitted to having self-confidence, and enjoying a nice schlong every now and then.